Doing Business With The Chinese 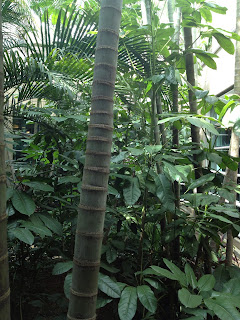 The 2008 global financial crisis was a turning point for Chinese business.  Despite breathless headlines to the contrary, 2008 did not ring in the collapse of Western laissez faire capitalism or the ascendancy of China’s state directed business model.  In fact, the value of state owned entities worldwide has been in retreat since Q2 2009.  However, 2008 did see the emergence of three tectonic shifts in Chinese business that are transforming the Chinese economy in ways great and small.  For the West, these shifts mark an ongoing transformation from doing business in China to doing business with the Chinese.

The first major change has been an acceleration of Chinese enterprises moving up the value chain.  While this process has been under way for years, the pace since 2008 has been much faster.  This can be seen on both a macroeconomic and individual corporate basis.  Economy-wide, China’s 12th Five Year Plan is explicit about developing high-value industries like IT, biotech and aerospace.  The relative importance of these areas, and the Plan’s de-emphasis of agriculture, textiles and low-end manufacturing, demonstrates the government’s preoccupation with raising living standards in the face of rising labor costs.  The degree to which this message has been absorbed by China’s businesses can be seen in the country’s yearly R&D spend, which more than doubled between 2008 and 2012:

At a company level, the pattern is repeated, with Alibaba moving from online marketing to financial services, Huawei growing from a PBX vendor to the world’s largest telecom equipment maker, andTsingtao beer transforming from a local producer to a global brand.  In each case, the trend has been away from low-value and towards high.

The second major change has been the shift from production to services in the Chinese economy.  Again, the 12th Five Year Plan is explicit:
“…service systems innovation will be promoted, the service policy system will be improved, and the developmental environment for services will be optimised.”
At a speech delivered to a Beijing trade organization in May 2013, Premier Li Keqiang reemphasized this point, calling attention to the government’s expectation that services would lead the country’s shift toward a more consumer-driven economy:
“Increasing services and improving service qualities will help unleash huge potential in domestic demand, and thus offer firm support for stable economic growth and structural optimization.”
This change is already under way.  According to a McKinsey report, services was the largest employer in China in 2012, accounting for 36% of the workforce (vs. 31% in 2005), ahead of both agriculture (34%) and production (30%).  Taken together, the picture is one of significant movement in the Chinese business world towards the services sector.

The third major shift is in going abroad.  While this has been part of government policy for more than 10 years, with the notable exception of state-owned giants in the extraction industries, Chinese companies have largely confined their activities to the domestic market.  In the wake of the 2008 global financial crisis, Chinese companies began to expand their overseas operations, marketing and investment.  In 2008, Chinese foreign direct investment (FDI) into the US and the EU were approximately $50 million each; by 2012, FDI into the US had reached $6.5 billion, with EU-bound FDI exceeding $10 billion.  High profile deals, such as Shuanghui Group’s $7 billion acquisition of American pork producer Smithfield Foods and Dalian Wanda’s $456 million purchase of Britishyachtmaker Sunseeker, have become increasingly commonplace.  As China has matured, and as Chinese companies seek expertise in new areas and access to new markets, Chinese businesses have begun to more aggressively engage abroad.

All of which has led to a change in the way the West interacts with Chinese businesses.  While the emphasis since the late 70s has been on things happening in China (production, marketing to Chinese consumers), since 2008 the focus has increasingly been on things happening with Chinese companies outside of China (construction contracts in Africa, acquisitions in the US).  This significant alteration to the previous pattern has caused new challenges.  It’s not only large multinationals that have a footprint in China, it’s small businesses from every corner of the globe who have Chinese partners, Chinese owners, Chinese employees and Chinese customers.  The Chinese perspective on time or table manners doesn’t only affect businesspeople traveling to Beijing, it’s vitally important to people sitting in Brasilia, Bath and Boston.  Given the proliferation of commercial, cultural and political ties between China and the rest of the world, this is a pattern that’s likely to persist and intensify.  Increasingly, the focus will move away from doing business in China, to doing business with the Chinese.