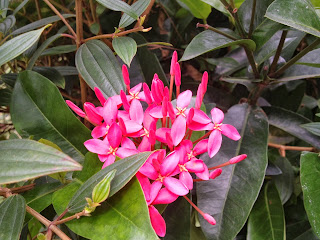 One of the most overused and least understood words in relation to doing business with the Chinese is “guānxí.”  Although it’s usually translated into English as “connections” or “relationships,” in Chinese the word has a broader meaning, carrying overtones of influence and mutual obligation.  Given the central importance of guānxí in Chinese business, it’s worth knowing what it actually is.

At its most basic level, guānxí IS about relationships.  Everyone finds it easier to deal with people they know than with people they don’t.  As in the West, having some history with a person counts for a lot.  What’s substantially different from the Western view is that the Chinese see relationships as imbued with a heavy dose of reciprocal obligation – not only is it good to do favors for your friends and family, you OWE it to them to do those favors.  And they, in turn, owe you.  This obligation is quite apart from any quid pro quo for help actually given or received, it’s just an expectation that comes with the relationship.  That’s one reason why corruption is such an insidious problem in China – people are expected to help their friends and family, even when doing so conflicts with the rules.  Guānxí also shares the Western meaning of “connections” or “pull.”  This is especially true in business and politics (which are often linked in China), where knowing the right people can significantly influence whether or not something gets done.  So the Chinese idea of guānxí is both more complex and more powerful than the Western idea of relationships.

One reason for guānxí’s significant cultural weight is that it’s connected to the Confucian idea of the Five Basic Relationships, which states that there are five fundamental associations in life, each with its own set of mutual obligations:

Guānxí is also very much about people's proximity to power.  In this regard, it has the same sense as the English word "connections."  As the gap between the haves and have nots has grown in China, the importance of connections - to government officials, to captains of industry, to people with overseas contacts, to ANYONE who can help you get things done - has grown tremendously.  To a large extent, this is now what Chinese people mean when they talk about guānxí in a business context - they are asking whether you have the right contacts to get something done.

The importance and pervasiveness of guānxí in the lives of Chinese people cannot be overstated.  The Chinese live in a world of guānxí, it surrounds them and fills every part of their lives.  Guānxí is much more far reaching than anything you would see in America or Europe.  For example, in the West, it’s not uncommon for relationships to determine where a person buys a car or who sells them a house; in China it would also not be uncommon for guānxí to determine where a person buys their vegetables or who sells them their shoelaces.  Guānxí is far more important than rules or laws, and to some extent forms the basic guidelines for how Chinese people order their lives and behavior.  Guānxí can also influence surprisingly remote considerations in a Chinese person’s life, or cause Chinese people to change their position on an issue for no apparent reason.  For instance, when a Chinese person gets promoted, everyone who has guānxí with that person will calculate the impact on them and their other relationships.  Maybe these connected people will feel the need to restrain their own actions more, to help protect the reputation of the newly promoted person.  Or maybe they'll feel their guanxi with the newly promoted person protects them, and they can act with less restraint.  As a third party, you may be totally unaware that these calculations are happening, even if they end up having a big impact on you.  To Western eyes, this often makes the Chinese look changeable, as if they don’t know their own minds from one minute to the next.  In fact, it’s just that things are happening within their web of connections that aren’t visible to an outsider.  Western people dealing with the Chinese consistently underestimate the subtlety and power of guānxí.

Understanding that guānxí isn’t just about relationships, but about mutual obligations and the influence people have, is an important step in developing the guānxí needed to be successful in doing business with the Chinese.