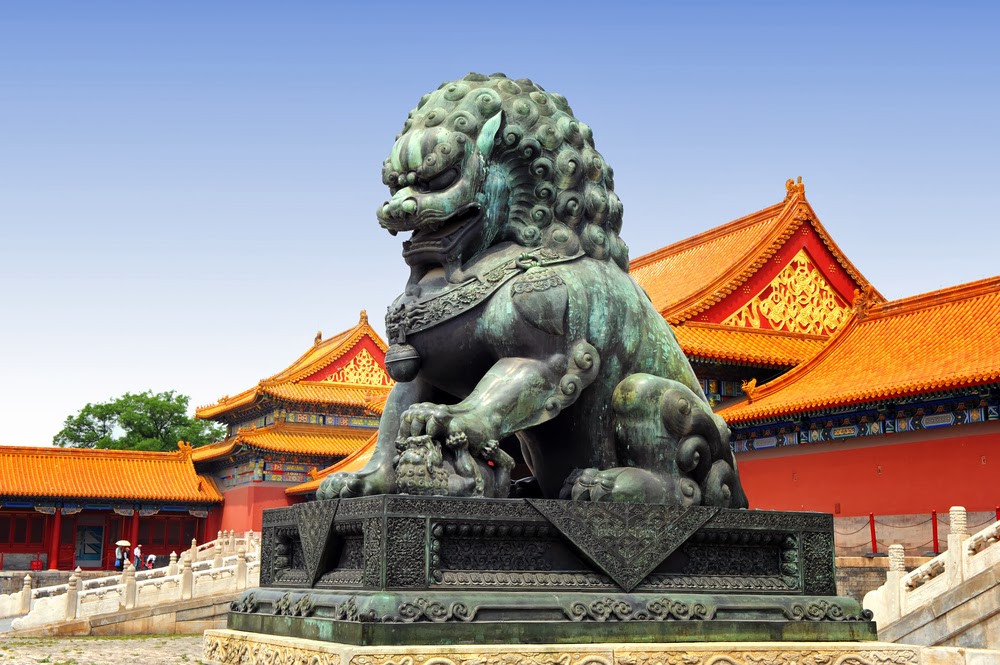 Why the Chinese have dramatically increased their overseas investments
Seven point one billion dollars has a way of catching people's attention.  When it comes from a developing country for the purpose of buying a pig farm, it has a way of making people question their assumptions.

And so it has proved with the $7.1B acquisition of American Smithfield Foods by China's Shuanghui International.  Besides the eye-popping spectacle of someone paying billions for what amounts to a farm/butcher shop (who knew there was so much money in pig farming?), the deal has drawn attention to the recent run-up in Chinese overseas investments.  Suddenly it's not just the Middle Kingdom's giant state-run oil bureaucracies that are making big-money deals in far-away places, it's movie theater operators (Wanda's $2.7B acquisition of AMC), battery makers (Wanxiang's $257M acquisition of A123), car makers (Geely's $1.5B purchase of Volvo) and, yes, pork producers.  The Rhodium Group, which tracks Chinese overseas direct investment, shows investments in the US alone increasing from $500M in Q2 2009 to $2.5B in Q3 2013.

After years of conservative, domestically focused corporate growth, the Chinese have developed a significant appetite for foreign assets.

Although the fact of China's growing overseas investment is clear, the drivers behind it are less so.  These drivers are complex and varied, but they generally fall into business and non-business categories.

Taking Care Of Business
There are six main business reasons why the Chinese have recently begun to accelerate their acquisition of overseas assets:
The old China, Inc. business-model is losing power
A critical mass has been reached in terms of deal-making infrastructure
Buying assets and expertise has become less expensive than building it
Increased wealth accumulation is driving a greater need for diversification
The need to climb the value chain has increased
Greater maturity has driven a desire for greater vertical or horizontal integration
The first factor drives all others, and the second has lowered the cost of Chinese firms going abroad, whatever the motivation.

Since 1992, when Deng reaffirmed the country's commitment to economic reform, the business model that created China, Inc. has been based on cheap labor, imitation (sometimes theft) of existing technologies, easy credit and frenetic entrepreneurialism.  Although still present, these factors have largely diminished or run their course:  the average yearly wage in China has risen from approximately 2,400 RMB ($200) in 1992 to 46,769 RMB ($7,667) in 2013; the technology gap in most manufacturing disciplines has all but vanished; today interest rates in the West are routinely 3.0% to 5.0% lower than in China; the country's domestic startups of twenty years ago (Huawei, Vanke, ZoomLion) are now global giants and cannot afford to be frenetic.  All this has left Chinese businesses looking for a new growth model.

During this same 20 year period, an army of business majors have graduated from university (China currently graduates more than 6 million students per year, compared to 2.7 million the US) and a generation of business consultants, lawyers and accountants has matured.   When Lenovo acquired IBM's PC division in 2005, even routine deal support tasks had to be handled by foreign consultants.  Now, domestically grown bankers, lawyers and accountants carry much more of the load.  While these specialists are still far rarer in China than in the West, they at least exist as a body of professionals today, which was not the case before.  This talent pool, small as it is, makes it far easier for Chinese companies to do cross border investments and acquisitions.

Chinese businesses have long had an appetite for things that are hard to find in China - management experience, technology, access to Western markets - but they've only recently accrued the confidence and money needed to buy those things on a large scale.  Geely's purchases of Volvo and Manganese Bronze were both for the express purpose of getting access to technology and design capabilities that Geely lacked.  Lenovo was making computers long before it purchased IBM's PC division, but IBM's brand and technology turned the Chinese company into a global player.  Whereas Chinese business previously had to settle for organic development of technology, brand, and management expertise, many are now in a position to buy them wholesale.

As Chinese enterprises have grown and the limits of China's domestic market have been reached, diversification of risk has become a priority.  The drive to diversify geographically is exemplified by China Vanke, the country's largest property developer; the company began making investments in the US as a way of balancing its high-risk, high-return Chinese portfolio with lower-risk, lower-return assets in a developed market.  In part, this is just common sense, a way of not putting all your eggs in one basket.  In part, however, this is a nod to the realities of operating in China - the legal system is arbitrary, political winds shift, and social stability is questionable.   The need to diversify into a new line of business drove Lenovo's abortive attempt to acquire Canada's Research In Motion; the computer company wanted to accelerate its entry into the cell phone market by purchasing the maker of Blackberry.  This trend towards diversification overseas has begun to pervade Chinese businesses in a range of industries.

Looking to the example of Taiwan, Korea and especially Japan, a goal of the Chinese government is to climb the value chain.  This has already happened within the borders of the People's Republic, as a country once known only for making clothes and plastic toys has become a serious player in industries from telecoms to shipbuilding.  However, as Chinese businesses have matured, they have also started making strategic investments overseas to accelerate their progress up the value curve.  In 2010, when Tenzhong Heavy Industries, an obscure Sichuan manufacturer, made a bid for the iconic American Hummer brand, it was for the express purpose of moving out of a low-margin construction equipment business and into a higher-margin vehicles one.  Climbing the value chain has now gone global for the Chinese.

The final business reason for the growth of China's overseas investments is vertical and horizontal integration.  Buying related businesses plays to the strengths of the Chinese, who are by nature conservative.  The practice of buying minority stakes in existing successful businesses is a typically Chinese integration strategy, and one that has come to dominate some sectors (e.g. Chinese oil companies' fracking operations).  Chinese companies prefer to start with a small ownership percentage, and then increase it over time as they learn more about the new business.  Integration is usually less about gaining efficiencies (as is often the case with Western companies making such acquisitions) and more about increasing footprint and capturing a larger proportion of the customer's pocket.

Not Just A Matter Of Dollars And Cents
Non-business reasons have also played a role in pushing Chinese firms to invest in cross-border transactions.  The PRC's government has pushed this concept for years, as part of a larger campaign to increase the prestige and competency of Chinese industry.  Although Chinese government's direct influence over Chinese businesses tends to be overplayed in the West, companies everywhere are sensitive to the wants of their political leadership.  Chinese companies are no different and almost all at least give lip service to an ambition to operate and sell outside the PRC.  To some extent, this explains why the Chinese oil bureaucracies have concentrated on acquiring second-rate operations abroad, rather than developing oilfields off China's coast.

Perhaps even more powerful is the drive to enhance 'face.'  Culturally, the Chinese tend to be concerned with outward appearances, both on a personal and organizational level.  In a way, for the Chinese foreign operations are like football teams; whether they make or lose money, their very existence confers cache on their owner.  Cross border investments and acquisitions instantly raise the profile and stature of the Chinese company doing the deal.  Though intangible, this is an important consideration for Chinese companies and their management.

Whether any of these motivations, business or non-business, justifies China's new outward bound investment focus remains to be seen.  The Japanese lost hundreds of billions of dollars learning that success in one hemisphere doesn't guarantee success in another.  The Koreans have largely opted for organic growth and a "steady as she goes" approach.  Even Western companies, with their advanced management structures and deep expertise, regularly destroy more value than they create when making overseas acquisitions.  Managing assets and operations in a foreign country is tough, and the Chinese, with only 30 years of capitalism under their belt, may not be ready for the intensity of the competition they will face.  But $7.1B says that they are serious about playing the game.