A Sow's Ear Out Of A Silk Purse 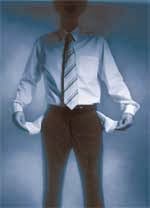 The failure of the WH IPO shows that Chinese companies are still not ready for the world stage.


Explaining a $600M payout was never going to be easy.  Nor was stitching together two giant regional meat companies into a global superstar, or floating that company just nine months after it was created.  But those were the tasks that Shuanghui International and its parent WH Group (WH) set themselves following their $7B acquisition of US pork producer Smithfield Foods (Smithfield) last year.  Buoyed by the obvious logic of combining the world's largest pork seller (WH) with the world's largest pork supplier (Smithfield), as well as the enthusiasm of would-be punters, WH confidently expected to be the season's hottest share offering.

In the event, however, the deal was beset by a host of problems, most of them self inflicted.  WH managers proved unable to deliver a coherent story about the company's future plans.  Despite having two executives (one Chinese and one American) tasked with finding synergies, efficiencies were conspicuously absent from the deal.  Dodgy executive pay practices on both sides of the Pacific (including the now-infamous $600M payout to two WH executives) raised uncomfortable questions about self-dealing.  Pricing hubris resulted in an inability to find a lead underwriter for the deal, causing the company to enlist a gaggle of 30 "joint sponsors" instead.  On April 29, after three downward revisions in the offering value, and faced with a cooling IPO market, the company finally admitted defeat and cancelled the flotation.  Speculation is now rampant about how WH will meet the debt obligations it undertook in acquiring Smithfield.

The WH story vividly illustrates the opportunities and challenges that face Chinese companies going abroad.  Having skillfully ridden China's demographic wave over the past 30 years, and having bested rivals in the hurly-burly market that developed since the implementation of Deng Xiaoping's economic reforms, many Chinese companies find themselves flush with cash and seeking new worlds to conquer.  WH grew out of a state-run slaughterhouse, fully privatizing along the way, and developed into the world's largest distributor of pork.  One can only admire the genius of Wan Long, WH's 73 year old CEO, who built the company from an unknown local abattoir into a mammoth agribusiness.  Unfortunately, this genius hasn't translated into success on the global stage. The failure of the WH IPO demonstrates that many Chinese businesses are simply not ready to go abroad.

One of the most basic manifestations of this unreadiness is that Chinese companies don't think they have a problem.  Cross-border deals bring rich rewards, in terms of both money and status, to Chinese executives who carry them off.  One of the most striking features of the $600M payout WH made to the CEO and one other executive for completion of the Smithfield acquisition was that the Chinese side saw nothing amiss in it.  Significant, profile-raising deals in China are often accompanied not only by kudos, but also by cash for the executives lucky enough to be involved.  The pace and value of these deals are at record highs, with Western icons like Volvo, AMC Theaters and Manganese Bronze being acquired by previously unheard of Chinese companies like Geely and Wanda.  The volume of such deals is steadily increasing; Rhodium Group, a US consultancy, estimates that Chinese outward foreign direct investment over the next decade will top $1 trillion.

At the same time that Chinese companies find themselves looking outward, the West is seeking Chinese money in vast quantities.  Delegations from cash-strapped companies and investment-hungry municipal governments converge on Beijing and Shanghai every day seeking Chinese sponsorship.  A cottage industry has grown up around servicing these visitors, promising access and face time with Chinese investors and officials.  Before selling out to WH, Smithfield entertained rival offers from Thailand's CP Foods and the Brazilian meat producer JBS, but both offers paled in comparison to Chinese cash and growth potential.

Unfortunately, bulging cash reserves and parades of foreign suitors obscure the fact that Chinese managers are largely deficient in the skills needed to successfully manage complex cross-border deals.  At the best of times, realizing synergies in a merger is maddeningly difficult; a much-cited study by Harvard Business School claims that three-quarters of all acquisitions destroy more value than they create.  In the case of WH, little evidence was produced to support CFO Guo Lijun's assertion that the "acquisition generated synergy effects in terms of resources, costs, markets and development in both China and the USA."  Investors were left with the impression that within the merged organization there was no significant linkage between ultra-efficient American production techniques and sky-high Chinese demand.

The yawning gulf between the qualifications of the Smithfield and WH managers points to another problem - a general lack of global experience among Chinese executives.  Prior to the acquisition, Smithfield had done a credible job of building up a significant European operation, catering to the demands of newly emerging middle-class consumers in Eastern Europe.  Many Smithfield managers had participated directly in this facet of the business.  But only one Smithfield executive, CEO Larry Pope, made it onto the board of the merged company, leaving the other directorships in the hands of managers who had never worked outside of China.  This parochialism did little to sensitize the company's management to global perspectives on efficiency, transparency and self-dealing.

For Chinese companies, correcting these deficiencies will require painful changes, not least because many of the needed skills are contraindicated by managers' experience within China.  Whereas increased efficiency has been an imperative for Western managers since the Industrial Revolution, the past 30 years in China have been a time of limitless (albeit poorly skilled) labor supply.  Reducing headcount is always unpleasant, but it's the backbone of most M&A synergies; such reductions are virtually unheard of in China.  Transparency is a similar issue.  Until recently, there was almost no incentive for a Chinese company to disclose details of their operations to the prying eyes of rivals and the public.  One of the reasons WH executives didn't have a better explanation for the bonus paid to its CEO is that they never imagined it would be disclosed.

Most glaringly, Chinese executives often lack basic business skills and experiences that are taken for granted in the West.  Many Chinese managers have no formal business training, and the quality of those who do is often low; one of WH's finance executives, 37 year old Liu Songtao, has a degree in "chrematistics" (the art of "getting rich"), from Henan University.  This deficiency is a product of the post-reform economic climate in China - during a time of explosive and chaotic growth, the ability to read a balance sheet matters little compared to the ability to seize opportunities.  Getting already-successful Chinese executives to go back and master the basics of financial literacy and corporate governance promises to be a challenge.

Nevertheless, failing to acquire the right skills will inevitably lead to more problems.  Japan's early forays into buying foreign assets in the 1980s resulted in political friction and significant write-downs.  American companies entering Russia and other emerging markets in the late 1990s faced similar challenges.  China, now entering its first significant wave of outbound investment, is likely to make its own unpleasant and expensive mistakes.

Which is not to say that Chinese companies should eschew cross-border deals, or that they are incapable of making such investments pay dividends.  If the Chinese have proved anything since rejoining the global economy in 1979, it's that they're fast learners, having repeatedly defied naysayers' expectations in regard to mastering production quality, high technology and sophisticated service offerings.  There's no reason to expect that that cross-border M&A will be any different.  But getting there looks like a bumpy ride.