Why The Sky Isn’t Falling In China 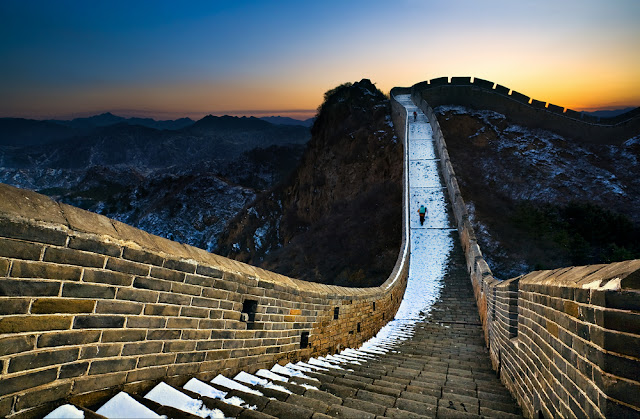 If you’ve spent much time watching the Chinese stock market lately, you can be forgiven for feeling a little bit anxious.  Watching 40% of a market’s value evaporate in 6 weeks is ugly. 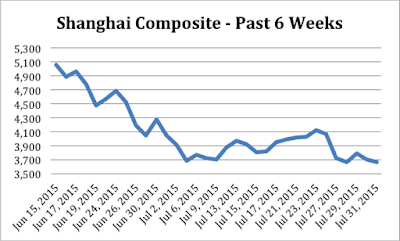 Equally, if you listened to the recent quarterly earnings calls of some of the world’s largest multinationals, you might wonder if the Middle Kingdom isn’t on the verge of economic collapse.  Speaking of China, Volkswagen warned of a “bumpy road ahead;” Anheuser Busch InBev cited “economic headwinds.”  Ludovic Subran, chief economist for trade credit giant Euler Hermes summed up the general gloom.  “Companies thought that China was the land of opportunity, but it’s not living up to that promise.  They realize the business environment is changing for the worse.”[1]

When I asked one of my Chinese colleagues about this depressed state of affairs, and whether people in China were as worried as people in the West, the reaction was decidedly calm.  “No,” she said.  “These changes are needed to keep growing in the future.”

Start with the stock market.  Although the Chinese government has been desperately trying to prop up falling prices, this is more of a PR exercise than a worry about financial Armageddon.  Thanks to a cooling in the overheated Chinese real estate market, coupled with a liberalization of investment regulations, a significant volume of money has found its way into Chinese stocks, more than doubling the size of the market over the past 12 months: 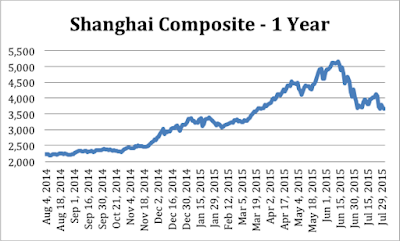 Add to this the fact that the Chinese stock markets are not systematically important in the way that Western ones, especially US financial markets, are.  Most of the money that’s come into the market over the past year has been from individual investors, rather than large banks or pension funds. 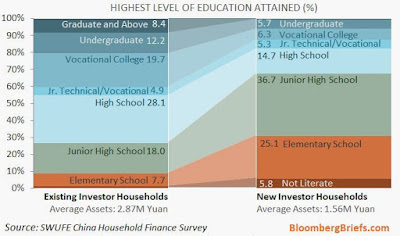 While it’s painful for individuals to see their savings evaporate, it’s not the same as global companies being unable to roll over their short term paper, or hedge funds losing control of highly leveraged derivatives.  Seen from this angle, the recent stock market woes look more like air coming out of a bubble than the beginning of a regional financial meltdown.

And what of the other source of worry, China’s slowing economy?

“That’s been known for a long time,” was my friend’s response.

Since taking office, Xi Jinping and Li Keqiang have said that the Chinese economy needs to transition from export-driven to consumption-driven[2].  That entails significant changes to an economy that has become the world’s largest exporter of goods.

Even these ongoing adjustments have left the economy in a robust state of growth: because of its larger base, 2014’s “disappointing” 7.4% growth rate was larger in absolute dollar terms than the “miraculous” 19.9% growth rate in 2006.  While the 7.0% growth that so disappoints Mr. Subran is far below the double-digit expansion of the 1990s and 2000s, it still puts China 9th among all the world’s countries, and 1st among G20 economies: 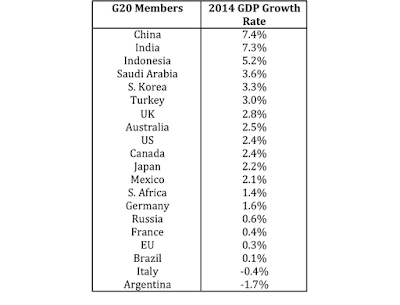 On The Other Hand…

Which is not to say that China’s economy doesn’t face real problems, or that something might not throw a wrench into the works of the Chinese economic miracle.  Plenty of black swans are hovering just off stage.

Debt, both private and corporate, has ballooned alarmingly in recent years, reaching $28T, or 300% of GDP[3].  Xi’s sustained anti-corruption campaign is putting pressure on government services (because departments have trouble filling vacancies) and unsettling officials throughout the country, leading many to wonder about a possible backlash.  The middle class is more and more restive for political freedoms that Beijing is unready to grant.  Two years on, it’s still unclear how Xi plans to reconcile the rule of law with fealty to the Communist Party.  Any of which may prove problematic in securing China’s long-term economic prosperity.

But today’s stock market wobbles, and a long-planned set of structural changes to move the economy into a lower gear, are not signs that the sky is falling in China.  If anything, these teapot tempests draw attention from more threatening storm clouds gathering in other parts of China.  Which, unfortunately, is quite a justifiable reason to wonder if the sky might someday fall.